So finally, after weeks of being busy with other things, I’ve finished reading Bruce Sterling’s most recent collection of short fiction, titled Visionary in Residence (after the position he served at a Design College during the year when he wrote some of the more recent of these stories, not, as one of his critics at Amazon implies, after his sense of his own genius).

If you read the reviews at Amazon, you see that they’re kind of mixed. As for my opinion, I’ll say this: I have been busy, but I also put the book down a couple of times willingly, which is something I’d never done with the collections Globalhead and A Good Old-Fashioned Future. I don’t mean that I wanted to stop reading and get rid of the book, but that, as a collection of shorter work, there was less to propel me forward through the book. But that’s not surprising: Sterling’s work is more diverse here, and there are no linked stories like those that we find in Crystal Express (another book I’m finally finishing off these days) or A Good Old-Fashioned Future. The “Deep Eddy” stories in the latter book really blew me away, in a way that no other set of stories by Sterling have. 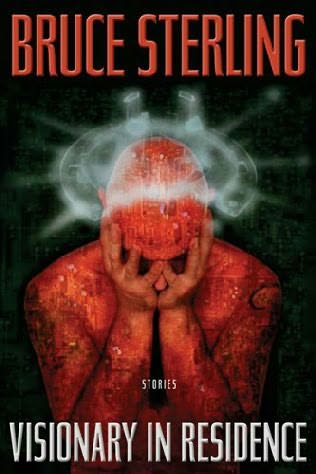 This book is much more diverse than that latter book. There are flash pieces, romances involving real-time cell phone translation, futuristic energy refineries, ghosts living in Eastern Europe during in Ottoman times, and even a fantasy set in the Holy Land, with a Blemmye — not a real Blemmye, but what seems to be an alien and his even-more-alien lover, hiding out on Earth during one of the Crusades. (I suspect that Sterling’s got his timing off a little here, implying that Saladin and Eleanor of Acquitaine were contemporaries, when I think in fact Eleanor was a big deal fifty years before Saladin was on the scene — or so Terell seems, in my memory, to have noted while explaining a similar gaffe in one of Pound’s Cantos.) There’s a few flash pieces written for Nature, some collaborations (with Rudy Rucker and Paul di Filippo, the former more readable and more interesting than the latter), a funny bug-story that, unlike several folks at Amazon, I didn’t find Disneyesque at all — too much mating and gobbling and evolutionary trickery, and most of it quite amusing. There’s even a couple of non-fantastical stories, one a love story and another a kind of historiographical fiction about, well, future shock.

With all that diversity, it’s little shock that I’ve put the book down, and picked it up again, several times before getting through it. One kind of has to do that with a collection like this, or things stop registering as clearly. The leaps are just a little too big and bold.

I do notice, these days, some repetitions in Sterling’s focus, though. Gossip about local muezzins shows up in another story, in Crystal Express, and it jumped out at me there. The Growthing certainly seemed like a distillation of ideas from Tomorrow: Now, a nonfiction book in which Sterling explored technologies (and technological problems) likely to appear in the future. But hey, he’s one guy, and other damned fine writers do this too — Cory Doctorow on copyright, for example; Philip K. Dick on, well, drugs and warped reality; Dickens on social issues of his time… some writers, you get to know them and you see themes emerging very quickly. Sterling’s enthusiasms and interests are, at least, varied and interesting enough to keep me coming back for more.

All in all, I think the book is quite worthwhile.