Today’s question is this:

Which RPG do you enjoy using as is?

I touched on this a bit yesterday: it’s not so much for me that there’s any game I would necessarily want to use as-is, so much as that I find there are different degrees of freedom to adapt games to different kinds of play… or that different rulesets are more or less intertwined with settings, since a big part of what I like to do in homebrewing is adding setting material that takes on mechanical qualities.

I think it’s probably possible to turn Mage: Sorcerer’s Crusade into an amazing historical magic game set not in our historical world, and not centered on the Traditions as written, but on a small handful of mage factions struggling against one another—or struggling to establish some kind of peace. I’d do away with the tradition-as-foreign-culture-ey splats and have mages of all cultures specialize as per their inclinations and temperaments. In fact, I’d probably end up doing some of the things done in Mage: The Awakening, but I suspect I’d simplify things even more than that, because the descriptions I’ve read of that game also seem overwhelming in the overlaying of various factions. I’d probably also really like to center a game in some old period in East Asia, taking some inspiration from the first half of the 2009 film Jeonwoochi (not the TV show, which I know nothing about, but the film with its crazy yokai adversaries and rivalries between Taoist mages), mashed together with some elements of Avatar: The Last Airbender, for example: 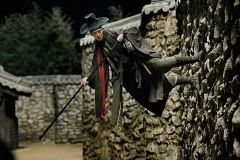 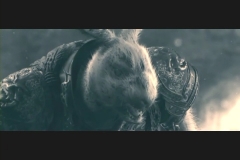 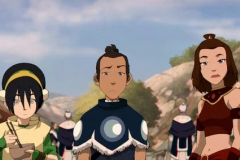 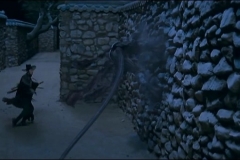 I also think it’d be fun to play Paranoia in some other version of Alpha Complex—say, a Soviet equivalent (where the Computer is obsessed with Capitalists infiltrating Альфа-убежище) or one of the many other wonderful and insane ideas out there for alternate Alpha Complexes (which have been handily collected here). I think that even though I’ve never run Paranoia—I have a ton of books I’m slowly reading, but every time I read one, I end up thinking, “Now wouldn’t it be funny if…”

That said, the things I’m likeliest to add into Paranoia are props: print up some laser blasters with color-coded barrels; get some buttons made (like these); print off plastic Bouncy Bubble Beverage labels to put onto cans of soda and mineral water. Get a bunch of red (and not-red) dice and pencils to set out on the table, just to mess with the players. Here’s a gallery of examples found in various corners of the web: 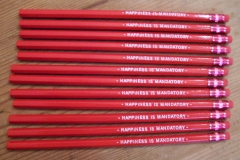 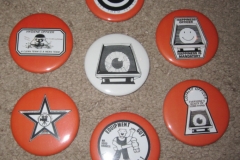 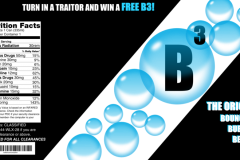 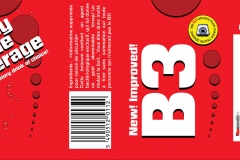 Stuff like that. Why? I don’t know if the Paranoia XP ruleset is perfect-as-written—I mean, in many ways the rules matter less than one might think: they’re supposed to be unclear to the players, confounding, and possibly subject to constant revision anyway. But also, I don’t know the rules that deeply, so I don’t know what I’d want to change anyway.

Likewise, I think Wraith: The Oblivion (one of my favorite games ever) could probably be fruitfully played with a very different underworld cosmology, one where more mystery lay beyond the realm of the Shadowlands, and where the Far Shores might play a larger role in non-Shadowlands affairs.

I think it’d actually be really fun to run a game of Wraith with a radically different cosmology and world setting—maybe the afterlives of ancient, prehistoric people who end up in a sort of proto-Underworld, doing the mythic, epic stuff that lies far in the ancient history of the Wraith setting as written? I think it’d be cool to be seeing ancient Near Eastern, East Asian, and African wraiths working together, fighting one another, and generally wrangling over what system—if any—should be established in the world of the dead, while also dealing with graver threats than one another.

Wouldn’t that be fun? I could get into all kinds of research into the oldest recorded historical conceptions of the afterlife: bring to bear some of the stuff from the Gilgamesh Epic and other contemporaneous material, and bring into play all kinds of weird geography from different myths and legends of the underworld. Perhaps some of the gods from various mythologies could be NPCs, in a time when their domains are still just little petty fiefdoms? 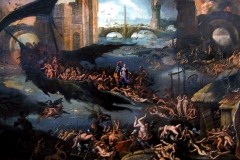 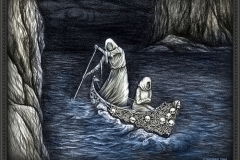 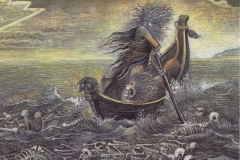 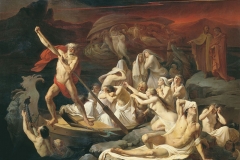 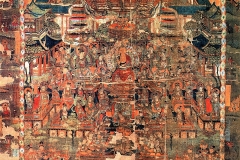 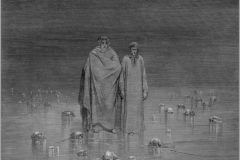 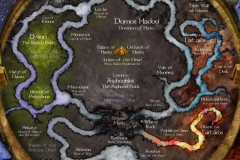 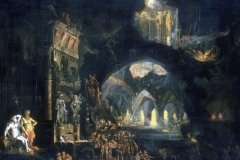 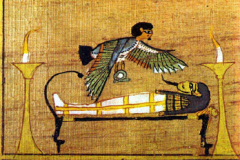 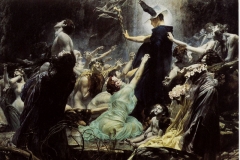 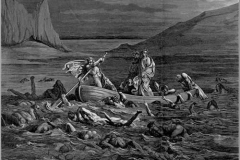 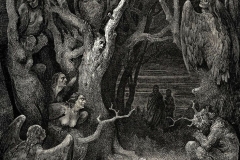 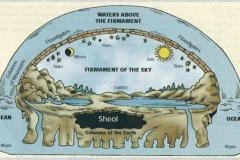 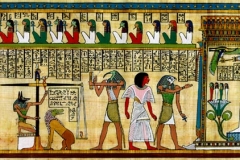 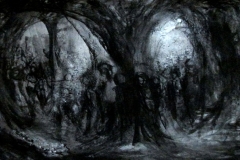 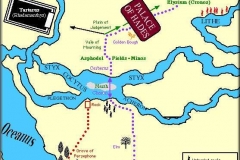 See, until now it’s sounded like I would actually be willing to create these games using other systems as a basis. But that word, create? It applies. Honestly, it seems like too much work for just my own home game. I always scratch my head when I see a campus group performing a single staging of a play, or a campus rock band that only plays two concerts a year. What’s the point? It takes so much energy and time to get a play to performance quality: why would you not stage at least a week’s worth of performances? Likewise, if I am sitting down to totally rewrite the setting of a Wraith campaign, or create a new version of Mage just for my own group, I’d just as soon look for some other system I don’t know about that gets me close enough to do what I want.

(Like, maybe I should look at Ars Magica or Mage: The Awakening—or, for that matter, some other game I don’t know about—the work involved to get there seems so profound, that I’d probably just rather run it straight, or make a totally new, simplified game out of whole cloth… if indeed I ever get to run such a game all.)

Which I guess is also to say my answer will probably change as I go on to become better acquainted with one or another ruleset, or run a game long enough to become dissatisfied with the built-in setting and decide to go ahead and rebuild something. Though, of course, time being so much at a premium, I’m likelier just to steal the bits of those games I like, and mash them into games I find more easy to modify.

I’ll say, though, that even with games I don’t know well, the urge to change things, or make my own setting, or whatever, still lingers in the background. I’ve played Numenera precisely once and by the end of the session, I was thinking, “I could use this system to run all kinds of games in settings I’d love to build myself…” Maybe the desire to mod or run games as is is more a temperamental thing. But ultimately, my willingness to run a game as is usually seems to boil down to either not yet being comfortable with the game as written, or being unwilling to put in the time to rebuild the setting or some chunk of the rules from the ground up.

My scenario generator "Beyond Mere Lotophagi" was published in Green Devil Face #6.

(Not technically a backer, but I got a late pledge in.)